89 Seconds in a Middle Eastern Bazaar

As most of you know we are spending the next couple of months traveling in the Middle East. So far, our time here has been incredible. I hope to be able to put together a film that documents the different aspects of all that we are doing.

Today I FINALLY had a chance to get my camera out and film a bit. I went to the local bazaar to pick up some bunnies for the girls. They quickly fell in love with “Lola and Priscilla”.

While I was filming at the bazaar, people kept coming up to me asking me to take their picture. Honestly, I was a bit shocked. The people in this region are a very proud people…they have fought very hard to keep their identity and to defend themselves from centuries of oppression. Yet they wanted me to have their picture. They knew perfectly well that I couldn’t print them a photo and give it to them…they simply wanted me to have it. I’ve been in other parts of the world where everyone is clamoring for you to take their picture. This was different. This felt as if they were giving me a gift. It was a simple gesture but it made a lasting impression on me.

This is a very misunderstood and mysterious region of the world. A blanket of fear hangs over these nations…effectively separating the light of Hope and Peace from the darkness of Death and Murder. The Bible tells us that Jesus is the “light of the world” and anyone who follows Him will “never walk in darkness but will have the light of life.” 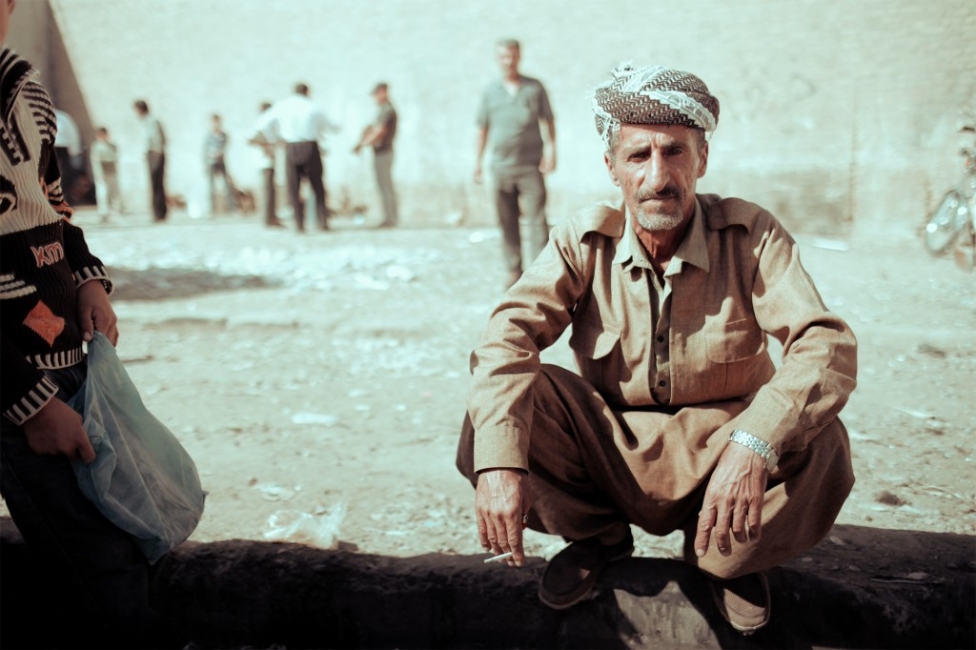 As we spend more time here, I become even more aware of the spiritual darkness, and pervasive fear, that controls so many aspects of life. But my point is this, each of these precious ones is created by God, in His image, for His glory. They are separated from Him by their sin in the exact same way that we all were before Christ (if we have been born again in Him). They are not enemies. God loves them and desires that they would be saved…and so should we.

Unfortunately, the blanket of fear and mystery has effectively separated a majority of the Church from stepping onto this barren soil. But there is a shift happening. The Lord of the harvest is raising up laborers who have this region of the world marked on their heart. Are you one of them?

89 Seconds in a Middle Eastern Bazaar from Iron Kite Films on Vimeo.

I had the privilege of filming at the incredible Young Quarter Horses in Yadkinville, North Carolina. Shane and Cindy Young run a top notch facility with world champion horses and trainers.

We spent the day filming Kelly McClintock, a trainer from Greensboro, with the YQH horses. Kelly has been riding since she was 5 and has such a beautiful love and passion for horses. It was an honor to spend the day with her.

Kelly was wearing some of the most amazing show clothes I have ever seen. Susan Ratliff from Show Diva Designs supplied Kelly’s clothes. And you can’t go wrong when Harris Saddles are on the horses!

Enjoy the film below:

This was a gorgeous, last minute film for Alex and Michael. I was so happy that things worked out perfectly and I could join them on their special day. Alex and Michael are such a cool couple and I was honored to be a part of their wedding!

This is a promo film that I did for FIRE School of Ministry in Concord, NC. Lindsey and I have spent the past 2 years at FIRE and we were honored to do this short film. It barely scratches the surface of their passion for Jesus and devotion to making His name known among the nations…whether by life or by death (Phil 1:20).

Carol Anne and Brad had a gorgeous winter wedding. They were such a fun couple…and their reception was absolutely incredible! Carol & Brad, thank you so much for allowing us to be a small part of such a perfect day!

Ordinarily, we woudn’t post both the “Highlight” and “Full Length Film” on the site…but this Full Length Film was so good, we decided it HAD to be included! Enjoy!