On Your Walls, O Jerusalem

Every Monday we post a short, creative expression of something that has recently done 1 of 3 things:

we can’t live without it

This is the third post in a series from my recent trip to Israel. Here are links to the first post, “Five Smooth Stones”, and second post, “Lessons From a Shepherd”.

Everywhere you go in Jerusalem there are walls. From beautiful stone walls meticulously laid thousands of years ago to mangled razor and barbed wire walls thrown up in anger.  Much could be said about these walls. Mention the term and you will likely find yourself in a heated discussion. Some would credit the recent construction of walls with stopping suicide bombers, while others would point to these same walls as evidence of oppression.

One of the most significant walls in the world is in Jerusalem. The 3,000 year old Western Wall is the only remaining structure from the Jewish Temple. Stretching a mere 187 feet, this wall serves as a constant reminder to the Jewish people that they are fragmented, scattered and (seemingly) still without their promised Messiah. The cracks in this wall contain the written prayers of thousands. Night and day, prayer warriors storm the gates of heaven from the base of this wall.

“On your walls, O Jerusalem, I have appointed watchmen; all day and all night they will never keep silent. You who remind the Lord, take no rest for yourselves; and give Him no rest until He establishes and makes Jerusalem a praise in the earth.” (Isaiah 62:6-7)

Walking through Jerusalem you can almost hear the cries from these watchmen. If you listen above the cars and buses, above the tour guides, above the vendors, above the arguments and violence…on top of Jerusalem’s walls are the prayers of the appointed watchmen, “Come Lord. Restore Your people.”

On Your Walls, O Jerusalem from Iron Kite on Vimeo.

Lessons From a Shepherd

Every Monday we post a short, creative expression of something that has recently done 1 of 3 things:

we can’t live without it 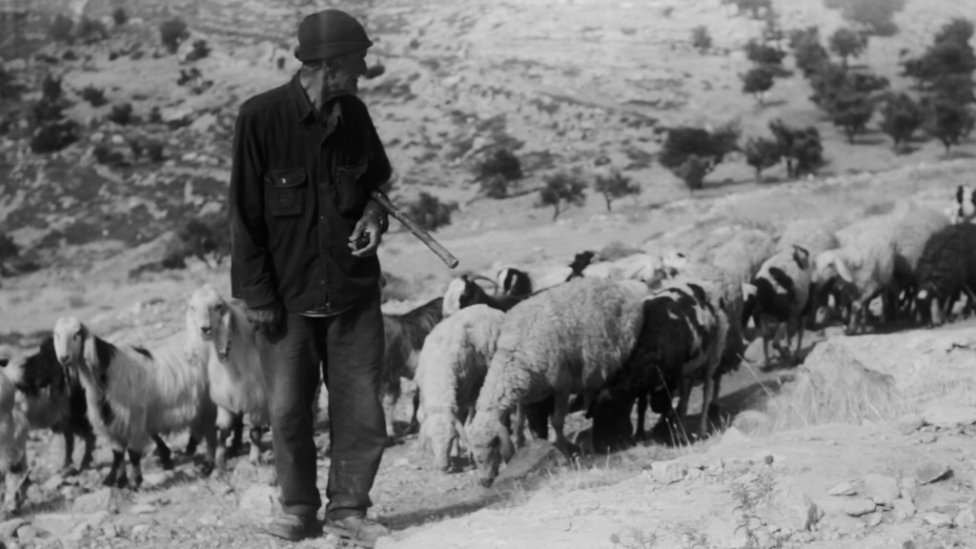 This week’s post comes from the fields of Bethlehem, Israel. While I was there soaking in the importance of that place, a Bedouin shepherd came by leading his flock. As he came closer to me, he made a sound. The sheep instantly stopped. I went up and shook his hand, took some quick shots and he made another noise. The sheep instantly began moving again. John 10:27 became so clear to me:

“My sheep hear My voice, and I know them, and they follow Me.”

One other thing I learned about shepherds. A shepherd will only lead his sheep along the mountain top just long enough to take them to the next valley. The valley is where the water and grass are, not the mountain top. If we apply that analogy to us as the Lord’s “sheep”, we can take comfort as we are led down to our valleys. It is there where the Shepherd knows we will find life. The mountain tops are nice, but we can’t survive on them. We must come down to the valley for nourishment.

And the grooves worn down by sheep on the sides of mountains in Israel…they are called paths of righteousness.

“The Lord is my Shepherd, I shall not want. He makes me lie down in green pastures; He leads me beside still waters. He restores my soul; He leads me in paths of righteousness for His name’s sake. Even though I walk through the valley of the shadow of death, I fear no evil, for You are with me; Your rod and Your staff, they comfort me…” (Psalm 23:1-4)

May the Good Shepherd lead you today.

Lessons From a Shepherd from Iron Kite on Vimeo.

As expected, Israel was INCREDIBLE. I’ll be posting a full length film in a few weeks, but until then we will be using some of the footage for the next few “Humbled By…” posts.

This weeks “Humbled By…” comes from the Valley of Elah, located just west of Jerusalem. The Valley of Elah is the place where David defeated Goliath. It was surreal to stand in the brook where David selected his five smooth stones…one of which killed the Philistine giant. As I knelt down and selected my own stones, I couldn’t help but wonder, “What must he have been feeling?” Surely he was scared…he was just a boy. And of course he was thinking, “What am I doing…I’m no match for that 9-foot killing machine standing in the field next to me!”

But then I remembered why David was the one who said, “Let no man’s heart fail on account of him; your servant will go and fight this Philistine” (1 Sam 17:32). David knew that the Lord would deliver him “from the hand of this Philistine”.

So this week’s “Humbled By…” post is a reminder that whatever “Goliath” we face, if we put our trust in the strength of the Lord, we will prevail. As I stood there in the Valley of Elah, I realized that nothing I come up against could ever compare to a 9-foot warrior setting his sights on tearing me apart. I prayed to receive the faith of young David, who knew that even though he selected five smooth stones from the brook, it was God Almighty who fought the battle for him.

Out of Office Reply

As I was about to walk out the door to catch my flight, I thought it might be a good idea to let everyone know that there won’t be a “Humbled By…” post today or next week :(  The good news is, we will have some SWEET stuff to show you in a few weeks from Israel…the bad news is you have to wait a few weeks. Don’t worry, we’ll be sure to share some stories and hopefully introduce you to some new people from another part of the globe. Until then, here are some of the older “Humbled By…” posts to enjoy.

In Ephesians 3:14-19, Paul writes a specific prayer that he has for his young church. He prays that they would know “how wide and long and high and deep is the love of Christ, and to know this love THAT SURPASSES KNOWLEDGE”. Know a love that surpasses knowledge? Wow.

Until Lindsey and I had Layla, my understanding of “love” was very limited and small. Now, we have two little girls and there are times when my heart just can’t contain the amount of love I feel for my three incredible girls. This love is real and powerful, yet it pales in comparison to the love that God has for them. Just like Paul, I want them to know that love…both from me and from God.

So this week’s “Humbled By…” post is a humble prayer. A prayer similar to Paul’s;

“Layla, Adalei & Lindsey, I pray that out of His glorious riches He would strengthen you with power through His Spirit in your innermost being, so that Christ may dwell in your hearts through faith. And I pray that you, being rooted and established in love, may have power to grasp how wide and long and high and deep is the love of Christ, and to know this love that surpasses knowledge – that you may be filled to the measure of all the fullness of God.”